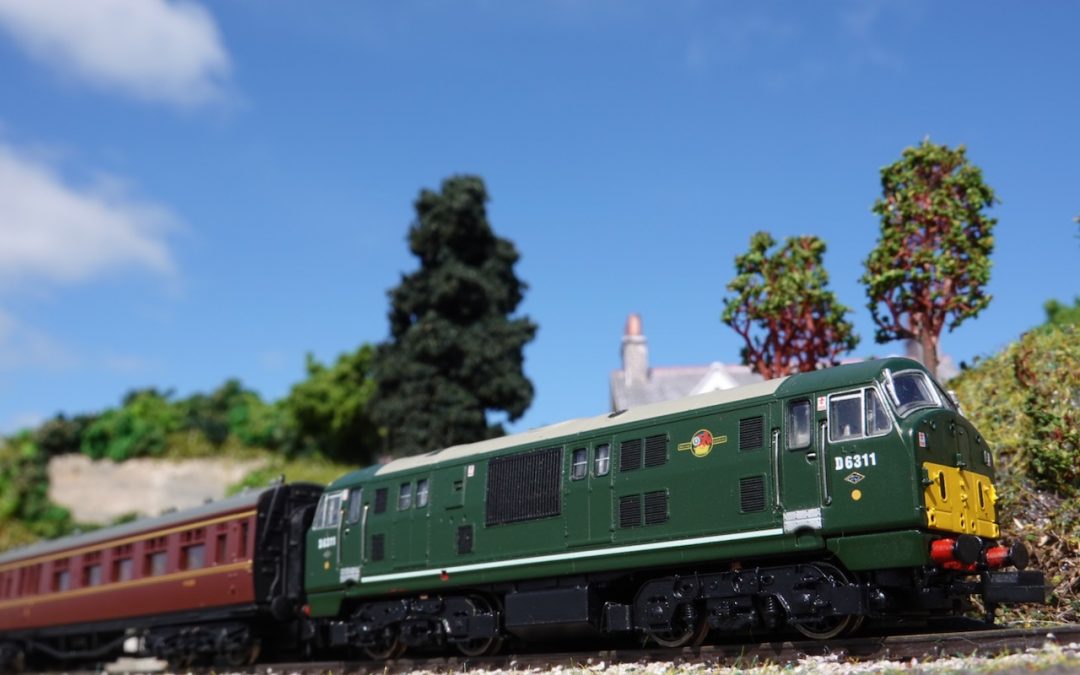 My 30 day abstention from social media has reached its conclusion. How has it been, and what have I learned?

Always the one to choose the lighter option, I much preferred Le Grand Meaulnes. As much as my 17 year old self was desperate to be the tortured romantic hero Augustin Meaulnes, in reality I was François Seurel: Story teller and people-pleaser, living the life that was expected of me rather than the one I hardly dared to dream about.

Les Mains Sales? It was all about existentialism. I first of all had to learn what existentialism was, decided I didn’t like it, and therefore I didn’t like the book. The only saving grace to a classroom full of smutty 17 year olds is that it contained the word ‘merde’ which of course we mercilessly teased our lovely French teacher about.

So what is existentialism?

The great authority known as the University of Google defines it thus:

‘Existentialism is a philosophy that emphasises individual existence, freedom and choice. It is the view that humans define their own meaning in life, and try to make rational decisions despite existing in an irrational universe.’

In other words, the existentialist decides their own outcome. ‘Fate’ per se plays no part in how their life turns out.

Me, I’m the kind of chap who has learned to listen to his intuition and take notice of any messages that the world may choose to deliver. I truly believe that the path of least resistance is the one that is best followed. Or, to put it another way, the easy option normally works out for the best. It helps that I’m lazy.

I find life is a balance between existentialism and fate; we consciously work towards what we think we want or need (existentialism,) but need to be sage enough to change tack if it’s not working out (fate.)

What has all this got to do with a Social Media Hiatus?

Taking a break from social media is as old as social media itself. It’s nothing new. Many talented writers and film makers have already documented their experiences, so I was expecting much of what ended up happening:

Having removed the Twitter, Instagram, and YouTube apps from my phone, I’d pick it up out of habit and momentarily wonder where the icons had gone. My conscious mind would kick in, I’d realise what I was doing, and put the phone back down again.

I have a focus problem. Removing the distraction of social media has, however, helped me focus what little attention span I have on something more creative or educational than OPD (Other People’s Drama.)  I also found myself investing more time and attention in my YouTube audience. In other words, I started to focus more on the actual core of what it is I do, and less on periphery stuff.

Without the constant stimulation of OPD or frequent dopamine hits, I found myself more engaged with my own life in real time, and more relaxed.

During my hiatus, the UK started caravanning again. I had no clue as to how it was going, bar a couple of phone or text conversations. I had to learn that it didn’t really matter. That was hard.

Friends would message or call me instead of blanket broadcasting. I felt valued when people reached out personally, and it strengthened our bond.

Zero impact on my Business

Until now, my excuse for social media use has been that my business relies on it. This experiment blew that theory right out of the water. My YouTube videos carried on as normal and attracted a good number of views. Even in these tough times, I received a couple of professional enquiries from prospective clients. As is often reported by those who have tried it, a social media break had no impact on my business.

A Profound Impact on Psyche

However, there was one side-effect that pretty much knocked me for six – an unexpected side-swipe that caused me to take a lot of the new-found time and mental energy, and start to try and make sense of what was going on. Removing social media had a profound impact on my sense of being. I started to really question who I was, and why I do the things I do.

It all stems from my ‘Lockdown Project,’ a little N-Gauge model railway layout I saw to completion during the extra time at home I suddenly had.

I love sharing. I like to help people. Even my traditional working roles, from wiping the tables at McDonalds to taking charge of an International High Speed Train, they have all been customer-facing. I’m what an employer would call ‘A People Person.’ It would appear that I just want to make life a little nicer for everyone I come into contact with.

Is it because I crave the validation? Do I crave the thanks and the praise, or even just the sense of satisfaction that I award myself after helping someone?

Social media allowed me to share my knowledge and my achievements while building my little model railway. I loved showing people how I made trees and scenic items out of scrap materials. Modelling Heros on Instagram inspired me to develop my skills to a higher level, and then I’d share the results of my endeavours to the rapturous applause of the admiring audience. And that made me feel good.

Suddenly, it was all gone.

All interest in the model railway evaporated. It suddenly became a pointless exercise. One day it will be the subject of a video, and I planned to make that video and then just sell it. Unloved, my model railway sat in the spare room untouched for about three weeks.

There was now no need to plan my life around the perfect weather forecast in order to take the railway layout outside and shoot nice footage of it with an attractive real sky as a backdrop. So I didn’t. There was no need to spend hours modelling the gardens. Who would see them? And what was the point of shunting wagons and realising the operating potential if nobody was looking?

It seemed that Social Media had become the existentialist part of my life – my very raison d’être.

THAT was hard to admit. It was even more difficult to process. I’d gone from simply deleting Twitter from my phone to questioning my very reason for being. Heavy stuff!

It’s at times like that, when I am seeking clarity, that I find it important to just stop thinking for a bit and allow the world to ‘be.’ Life WILL deliver the correct answer or solution if you just give it the time. Do nothing. I told you, I’m lazy.

Last week I brought the model railway into the living room to do a little bit of work on it to prepare it for sale. After cleaning the track, I ran some trains. About an hour later, I realised that I had just really enjoyed using the layout for its intended purpose. I started appreciating my handiwork more and more. I started enjoying the running sessions as I was becoming more immersed in what I was doing, and not worrying instead about turning the session into a content opportunity.

As I started to enjoy playing trains again, I remembered why I had built the layout in the first place. I was in the Adria camper van last year, and wanted a small model railway layout I could take touring even in small vehicles; something to relax with and while away the evenings to stop me from working or rabbit-holing down YouTube. My little model railway fitted the bill perfectly.

It’s no longer for sale. Maybe in the future, but right now I want to enjoy it for a while.

How long does it take?

It took just a few days to remove ‘The Twitch’ from my life. It took a little longer to reap the rewards of increased focus and better quality human interactions. Increased FOMO and decreased stress levels quickly followed. But the wider impact on my life as a whole? That took weeks to deal with, and it’s a process I think I might barely have started.

While the hiatus has officially ended, I might wait a few more days before lifting the curtain and peeping out.

I do enjoy the social and community aspect of social media, but I also need to regulate my own ‘Twitch’ and keep the stress and anxiety levels nice and low.

To do that, neither YouTube nor Twitter will be reinstalled on my phone. They remain on my tablet and on my laptop, but those devices need tethering to the phone to connect to the internet, so there is a degree of friction between the ‘Twitch’ and the logging in. Normally that is enough to self-check and realise that there is a better way that I can be spending my time.

It does mean that sharing photos and videos will also be much more difficult that before, but that added friction will also help keep the content quality high, even if the quantity is low.

Over the next couple of days I will be on a road trip, and it’s going to be strange not to share experiences in real time. However, this does mean that I will start to schedule Twitter Time just as I do YouTube Comment Time, and by doing so I can make sure I’m not logging in when feeling dangerously tired and emotional.

Boundaries will be set and enforced. As much as we’d love to, we physically cannot be friends with all the friendly people we meet. I’m done with some people’s constant need for validation. I have enough of my own self-doubt to deal with!  Sure, I will probably lose some people along the way who might think I have lodged my head firmly up my own backside and am full of my own self-importance, but as much as I’d love to engage personally with each of the 50,000+ of my subscribers, I am human and I just can’t. The ones who stay will be the ones who are worth having.

There will be more social media breaks along the way. We don’t expect our car or our washing machine to function 16 hours a day, seven days a week without rest or maintenance, so why do we expect our minds to do the same? They need some down time, too!

I would urge anyone considering the impact of social media in their lives to give it up for as long as is comfortable. Try it for a weekend, say, from 6pm Friday until 9am Monday. If that’s too scary, then how about just Sunday? How about going in even deeper and committing to going on holiday for a fortnight and NOT posting about it? Delete the apps from your phone (you can easily re-load them again,) sign out on your desktop, and see how it feels.

Reclaim your life, and find out who you really are. It really is that powerful. If you don’t think social media has a hold over you, then what’s stopping you?

Learn how to Own Your Own Attention with the great Anthony Ongaro together with his adorable wife Amy.